This version was built by MAGI Custom Tube Stereo some 20 years ago and is based on Eric Barbour's May 1997 article in Glass Audio magazine. The layout is monoblock with a common power supply featuring a huge capacitor bank.

The yellow-whitish glow of the thoriated tungsten filament is an absolute pleasure to gaze at.

One of this design's nifty features is a zero-bias output stage - there's no bias to adjust since the power triode grid sits at zero volts DC. As a result, there's considerable grid current flowing in such a Class A2 topology; fortunately, the SV811-10 and its graphite plate equivalent, the SV572-10, are designed for such operation and can handle upwards of 50 mA grid current. 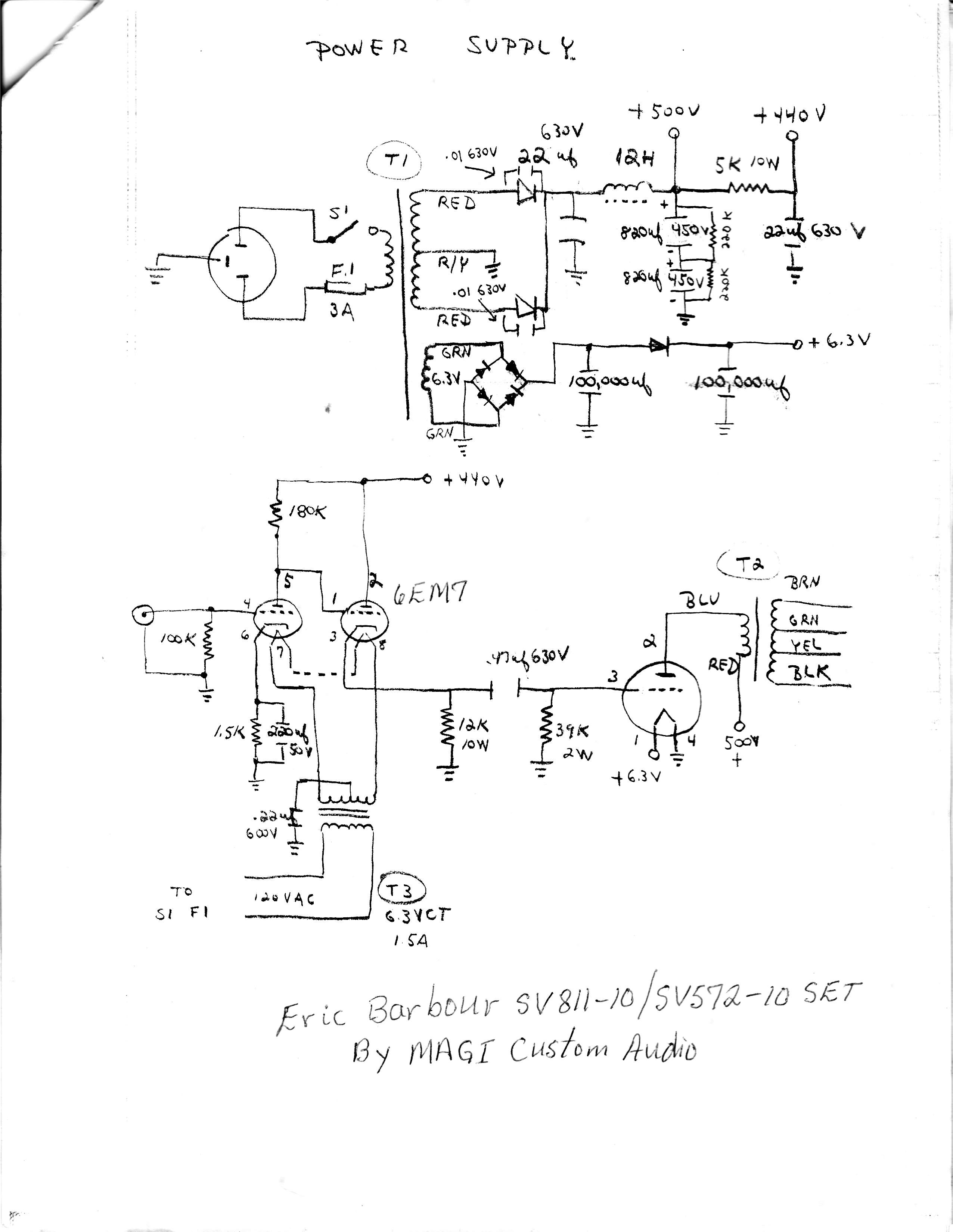 To be honest, I've grown tired of the ubiquitous 300B SET with its super mids but limited macrodynamic punch. The Barbour SET has no such problem. It is a champ at propelling the music forward while fleshing out palpable image outlines. It delivers about 10 peak watts at reasonably low THD levels and sounds stupendous even when scaling loud orchestral music. It's ability to connect with the music is impressive. As of now, it's the Basszilla's best friend. A keeper!