Leak’s first stereo amplifier, the Stereo 20, was introduced in 1958. It featured a pair of EL84/6BQ5 power pentodes per channel in push-pull Ultralinear mode. In the 1960s it went on to become one of the UK’s most popular amplifiers, despite this being a difficult time for tube gear as major consumer audio companies were busy introducing transistorized designs, undoubtedly in the belief that tubes were becoming obsolete.

According to Eric Barbour’s excellent article in Issue 8 of Vacuum Tube Valley, “EL84: The Baby with Bite,” the EL84 made its first appearance in the 1953 Philips valve catalog. In 1956 Sylvania started manufacturing the EL-84 in the US under the 6BQ5 designation. Since Ultralinear operation puts undue stress on the screen grid which is energized at plate potential, reliability became an issue early on, resulting in the 6BQ5’s unflattering nickname - the Bar-B-Q tube. That of course was before the screen grid was beefed up.

In the decade between 1955 and 1965, the EL84 became hugely popular in the US because of its low cost and ease of drive which facilitated simple circuit design. A subset of major hi-fi amplifier releases sporting the EL84 included the Dynaco ST-35, the EICO HF81, the Fisher SA-100 and X-202A, and the Scott 222 series. Today use of the EL84 is pretty much restricted to guitar amplification. Let’s not forget the Vox AC30, the Beatles’ amplifier of choice. The EL84 really does have a unique overdrive distortion spectrum which cannot be duplicated by larger beam tetrodes and power pentodes.

My Stereo 20 was originally manufactured in March 1964. In stock form, it displayed a lucid midrange but there were issues at the frequency extremes; specifically, weak bass and rolled off upper octaves. There was definitely potential here, but being 50 years old at the time, it made sense to refurbish it. And so, the unit went off to Stu Remington of Eicobuilders.com fame for a major upgrade. It involved complete recapping and resistor changeout, new input and output terminals, an ON-OFF switch, as well as an IEC socket.

Not being a fan of the Ultralinear output stage, Stu convinced me to have him convert the amp to pentode operation. The fact that the Vox AC-30 used pentode and triode modes made the decision easier. Stu was particularly proud of his screen grid power supply which incorporates a Triad C-24x choke and a Zener diode regulator. In fact, there are two such chokes in total. The other replacing resistor R21 in the pi filter following the tube rectifier. He also thought that it would be a good idea for me to experiment with the feedback resistor values (R18L and R18R) to voice the amp to my liking. These are shown in the schematic below as 12K. After auditioning a few values, I ended up with 15K (Dale 1% metal films) which is fairly close to the schematic value.

Life intervened in a major way for almost a decade, and it was only recently that I was able to complete a definitive evaluation of the pentode Stereo 20. All of my listening tests were conducted in the context of the Fleetwood Sound Company DeVille loudspeaker, an easy load with a genuine 8-Ohm nominal impedance magnitude and a sensitivity of 94 dB.

Quite a bit of time was spent defining the optimal tube complement. After evaluating several 12AX7/5751 types, I settled on GE black plate/triple mica 5751’s in positions V1, V2R, and V2L. What’s nice about these 5751’s is that their triode sections are well matched and they are exceptionally quiet.

As far as the EL84 pentode, I evaluated matched QUADs (by Viva Tubes) of Russian Mullard reissue types and Soviet Military 6P14P-EV equivalents. Both are excellent tubes. However, the 6P14P-EV sounded darker than the Mullard and possessed more convincing tonal gravitas, and so was more closely aligned with my sonic priorities.

Matching the Leak with a modern preamp becomes a frustrating affair in view of its super sensitivity – about 0.15V with the 5751tube complement – that is already at line level. With the DeVille loudspeaker that meant barely cracking open the volume control. DO NOT be tempted to substitute tubes with a lower amplification factor in order to reduce the Leak’s overall gain. The end result is suboptimal biasing, a modified feedback loop, and increased distortion. I should know. I experimented with a 12AY7 (Mu factor of 44) in position V1 which resulted in a bright and ultimately fatiguing tonal balance.

The stereo 20 was optimized around the 12AX7/5751preamp tube. The circuit would need to be modified to use the low-gain 12AU7. See Lilienthal Engineering website (http://lilienthalengineering.com/100-amplifiers-chapter-1/100-amplifiers-part-4) for suggested modifications to the Stereo 20.

The best volume control solution is to use a buffer stage, passive preamp, or an autoformer volume control (AVC). I obtained excellent results with my Experience Music Passive Aggressive AVC which really likes the Leak’s extremely high input impedance, which I’m estimating as 750 kOhm.

Shown below is the schematic for Stu Remington’s pentode version of the Stereo 20, followed by several images of the interior and exterior.

To confess, I’ve fallen in love with the pentode Stereo 20. In a nutshell, it sounds beefed up as if on steroids! Its dynamic presentation belies its modest power rating, giving the impression of a much larger power reserve. The midrange was always great, but now the frequency extremes are better defined. And when the program material cooperates, it is capable of generating an epic soundstage with palpable image outlines. Overall, I prefer the Leak to my upgraded Dynaco ST-70 due to the fact that, at least in this context, the EL84 sounds sweeter than the EL34. I just can’t stop listening to the DeVille/Leak combo – a match made in audio heaven! 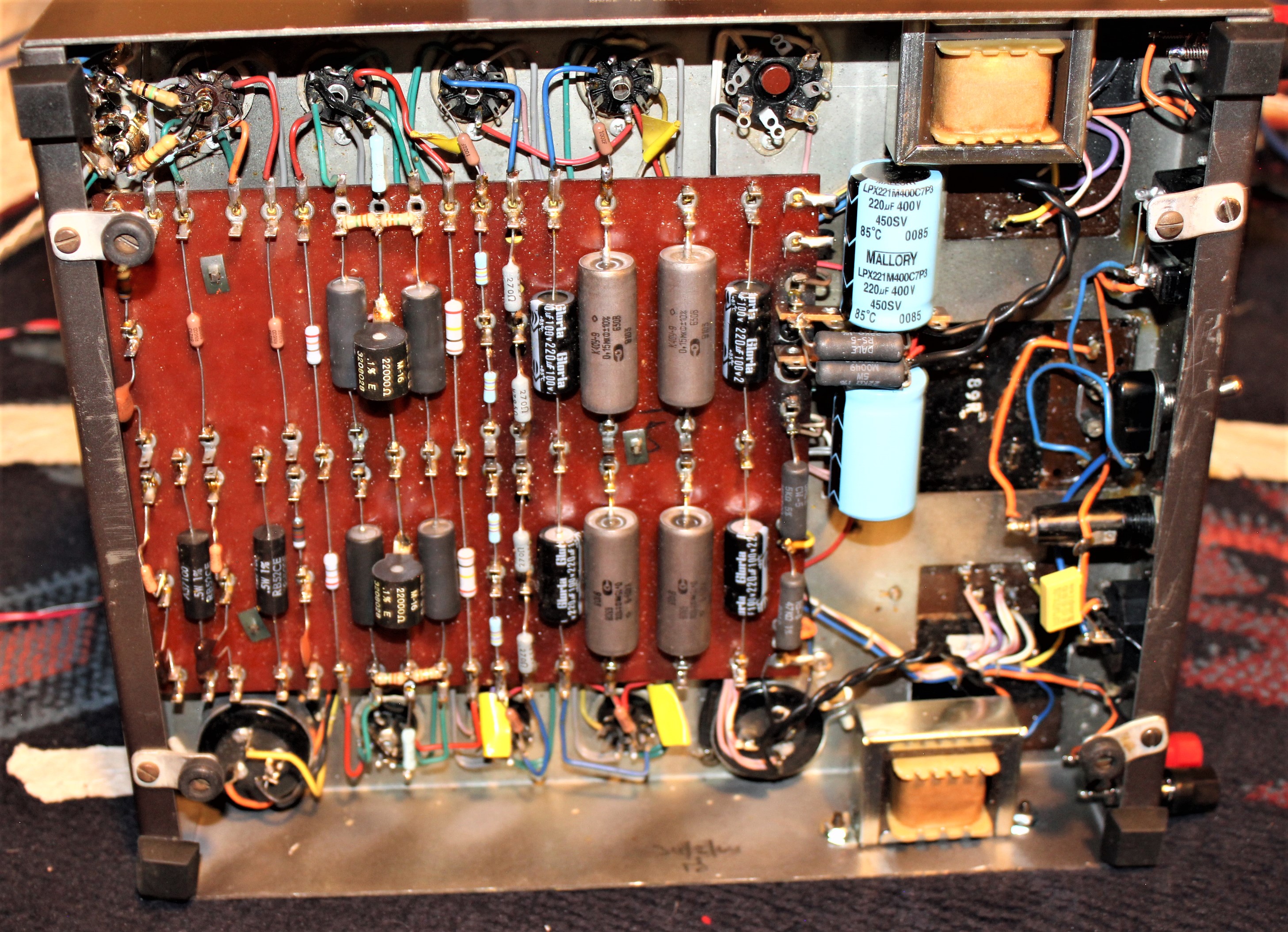 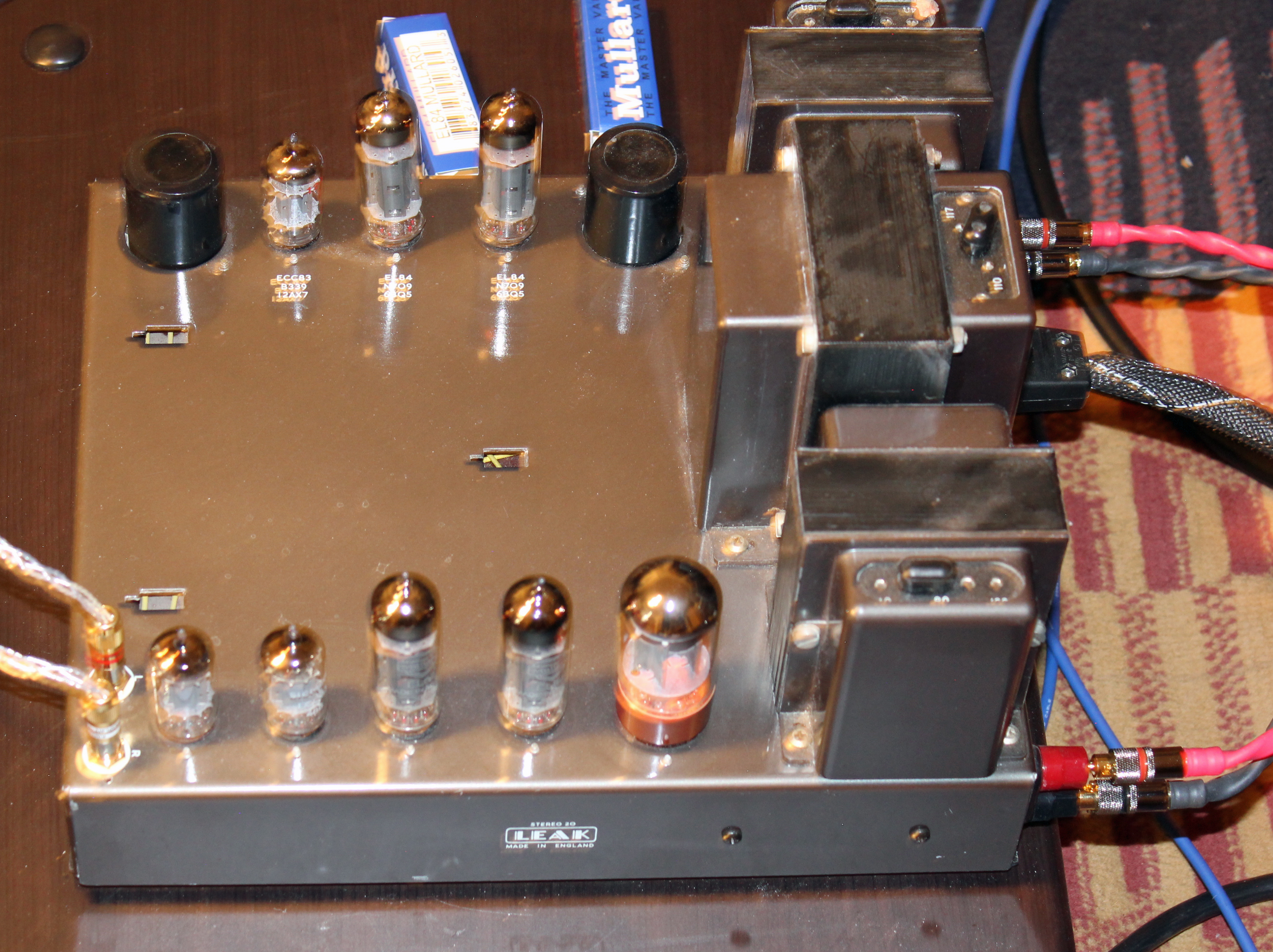 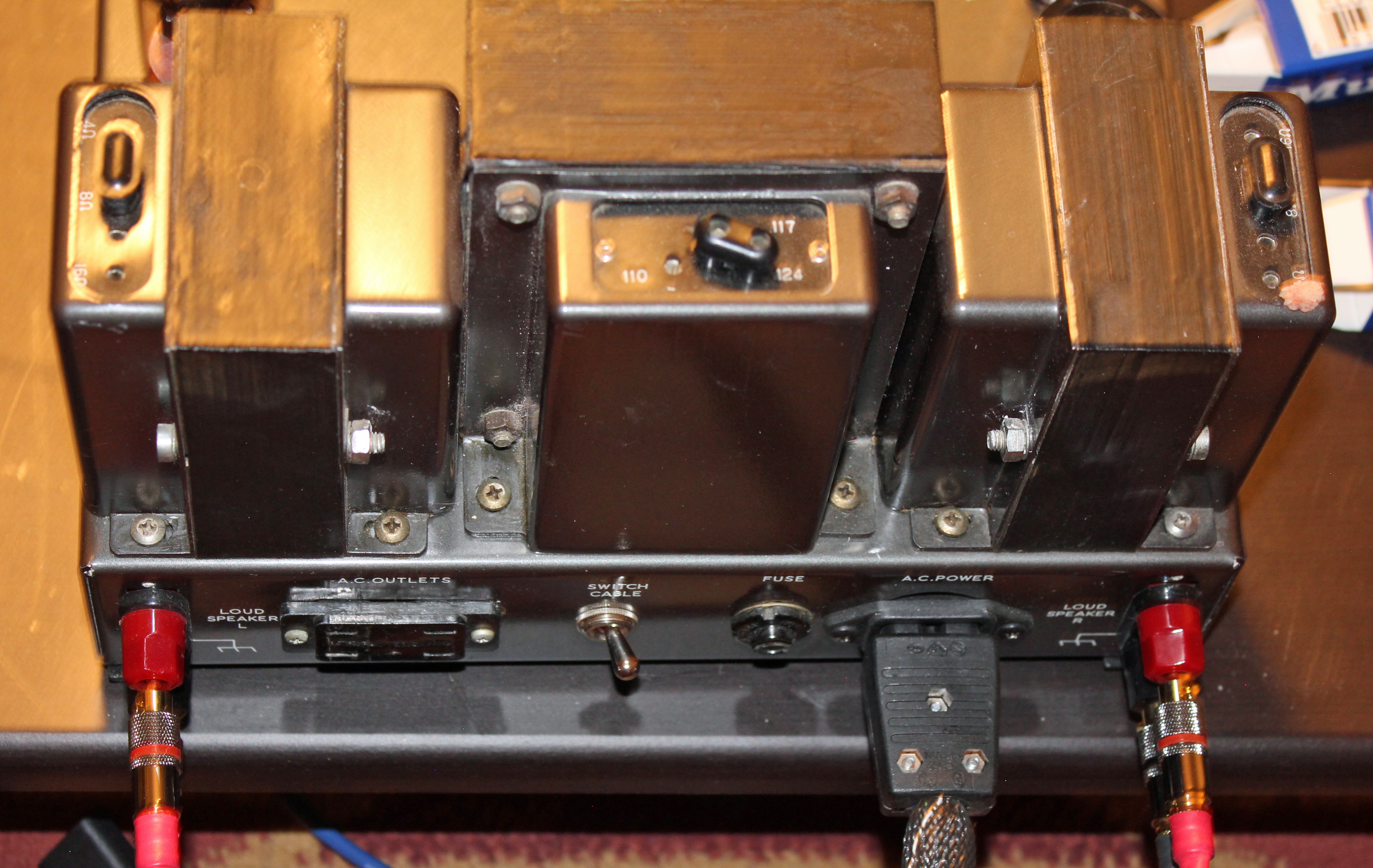